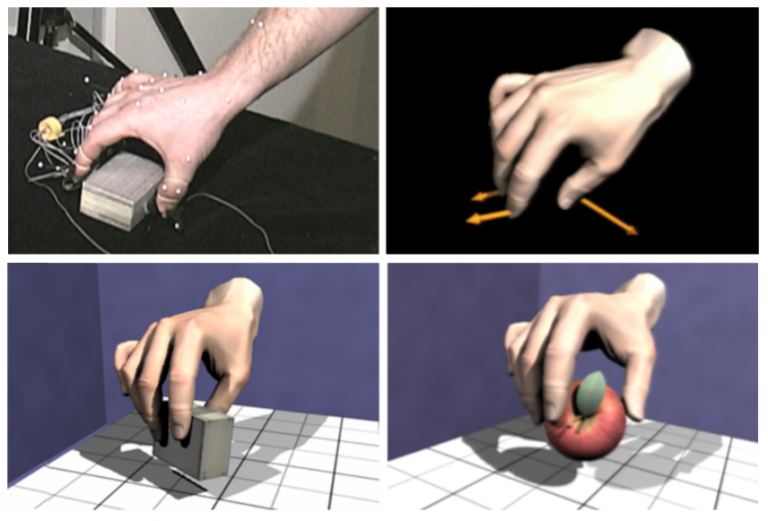 Controlling contact between the hand and physical objects is a major challenge for computer animation, virtual reality, and sensorimotor neuroscience. The compliance with which the hand makes contact also reveals important aspects of the movement’s purpose.

We present a new technique called interaction capture, for capturing these contact phenomena. We capture contact forces at the same time as motion, at a high rate, and use both to estimate a nominal reference trajectory and joint compliance. Unlike traditional methods, our method estimates joint compliance without the need for motorized perturbation devices. New interactions can then be synthesized by physically based simulation. We describe a novel position-based linear complementarity problem formulation that includes friction, breaking contact, and the compliant coupling between contacts at different fingers. The technique is validated using data from previous work and our own perturbation-based estimates.